From abalone tarts to foie gras dumplings, forward-thinking chefs are joining the dots between dim sum’s past and present.

Har gow. Siu mai. Char siu bao. At any given time at any given Singaporean dim sum establishment, eaters will be working their way through plates and steamer baskets of these classic dishes. Circa 2021, however, these favorites will often be sharing table space with a new generation of dim sum dishes that speak to both the cuisine’s past as well as contemporary food culture. Dishes that look beyond the traditional Asian pantry (black truffle and foie gras, anyone?). Dishes that recast familiar ingredients from the world of Chinese cooking. Dishes that help create points of difference for restaurants. 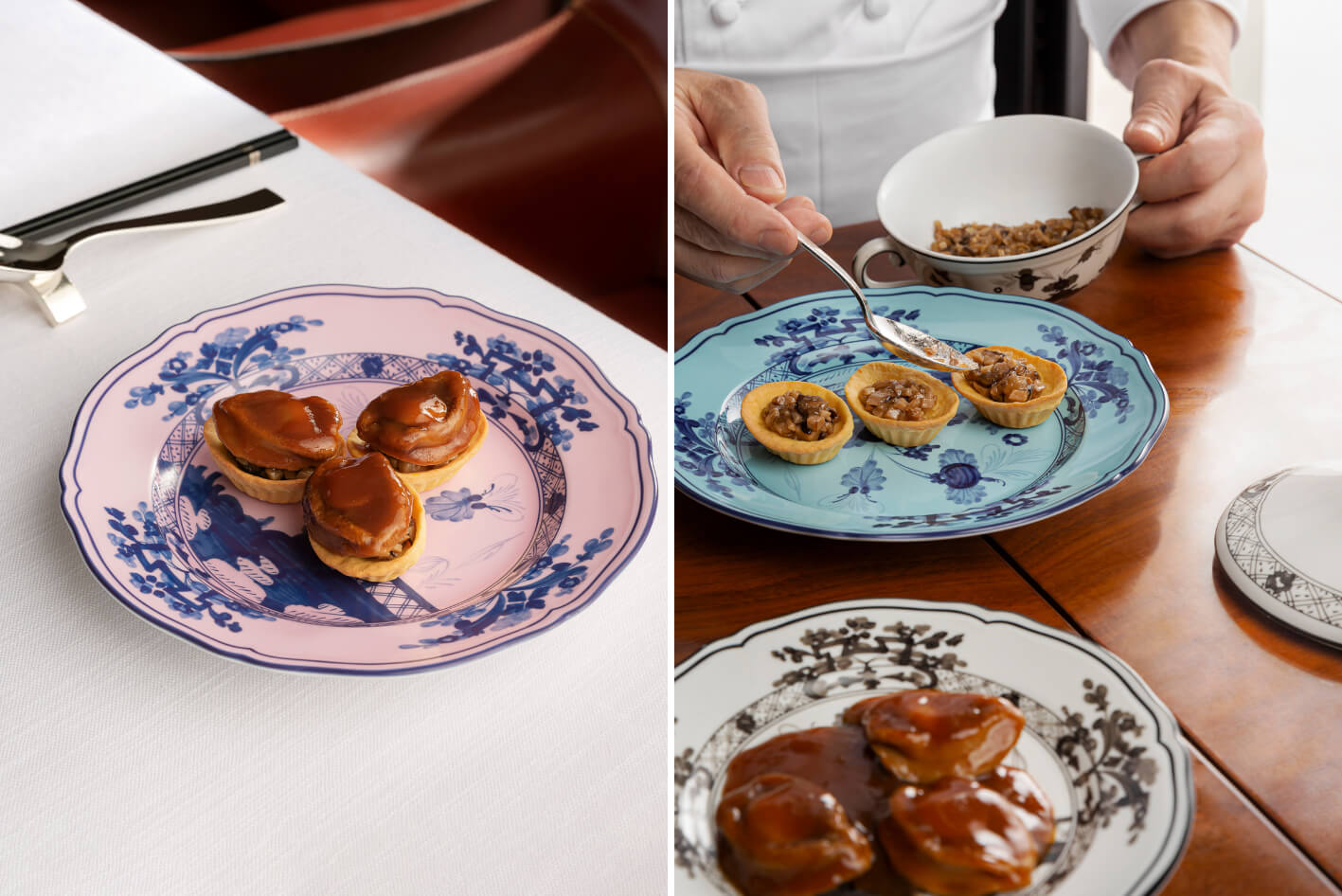 “This is a very competitive landscape,” says Ling Chung Tak, the Hong Kong-born dim sum chef at the Michelin-starred Summer Pavilion at The Ritz-Carlton Millenia, Singapore. “You have to keep advancing.”

After beginning his cooking journey at age 14, Ling has spent the past 47 years studying dim sum with the last 16 of those spent at Summer Pavilion. Although he worked his way through the traditional Cantonese dim sum hierarchy, Ling is also comfortable using modern technology such as YouTube to further his self-education. Discovering new ingredients at markets is another source of inspiration, as is swapping recipes and techniques with fellow chefs. This new-meets-old approach is mirrored in creations such as vegetarian crystal dumpling packed with mushrooms, pumpkin, water chestnuts and truffle oil, and a braised abalone and stir-fried mushroom tart, a flaky wonder modeled on traditional egg tarts and char siew puffs. While Ling believes dim sum can be both traditional and modern, adventurous guests are equally important. 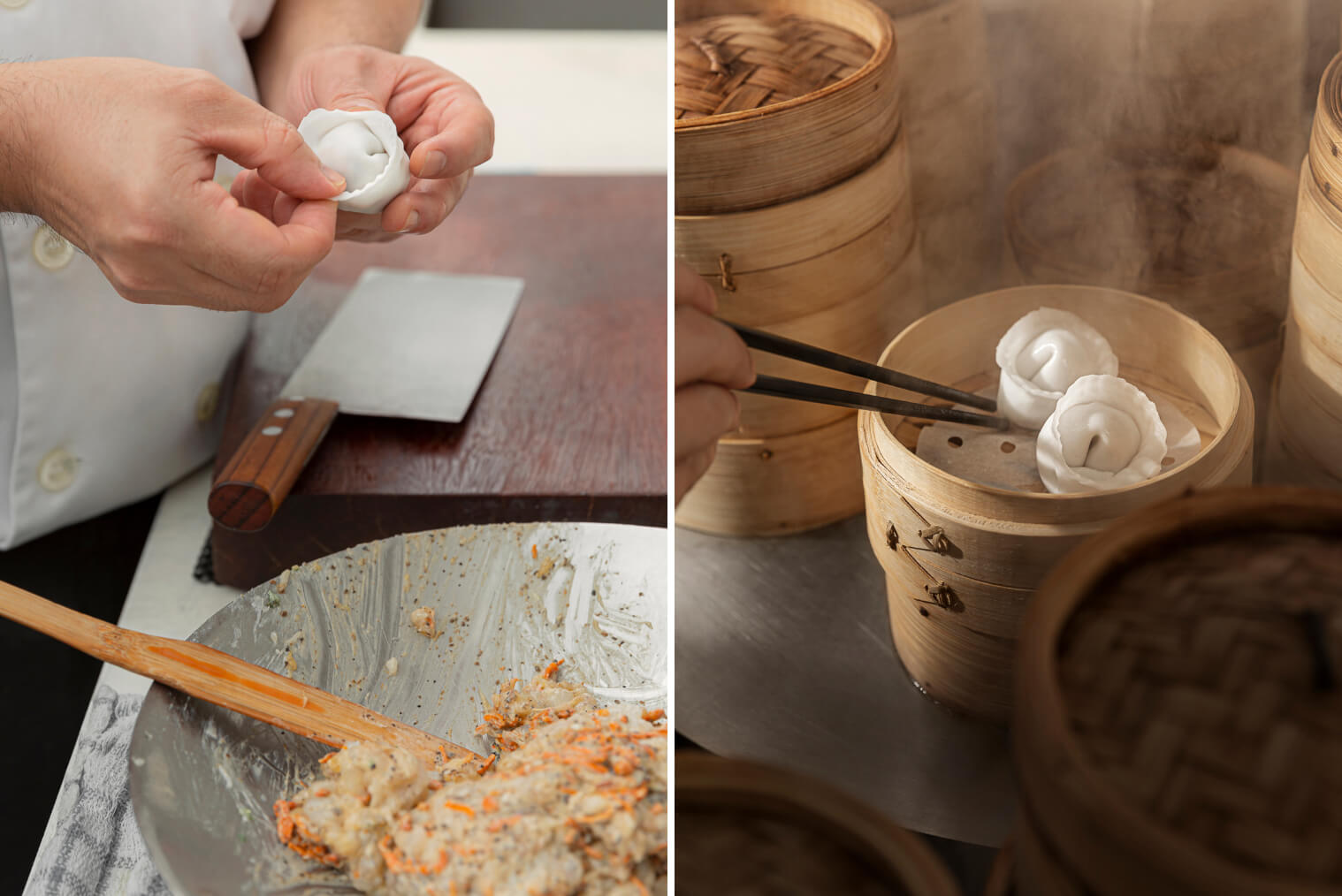 Chef Brian Wong Shiuh Yean and the team at Wan Hao at the Singapore Marriott Tang Plaza Hotel are just as into continual improvement. Although the long-standing restaurant has a reputation for classic Cantonese cookery, house dim sum creations suggest the kitchen also has an eye on the now. Black truffle and cordyceps flower – a Chinese medicinal herb – elevate steamed shrimp dumpling while deep-fried taro dumplings get a luxe makeover thanks to juicy scallop and braised abalone. The dim sum chefs at Yan Ting at The St. Regis Singapore, also know how to meld classic techniques and forward-thinking. Crystal dumplings get reimagined as shrimp and foie gras wrapped in a translucent spinach dough, while truffles and three kinds of mushroom – dried, king oyster and bai ling – equal a vegetarian dumpling to be reckoned with. 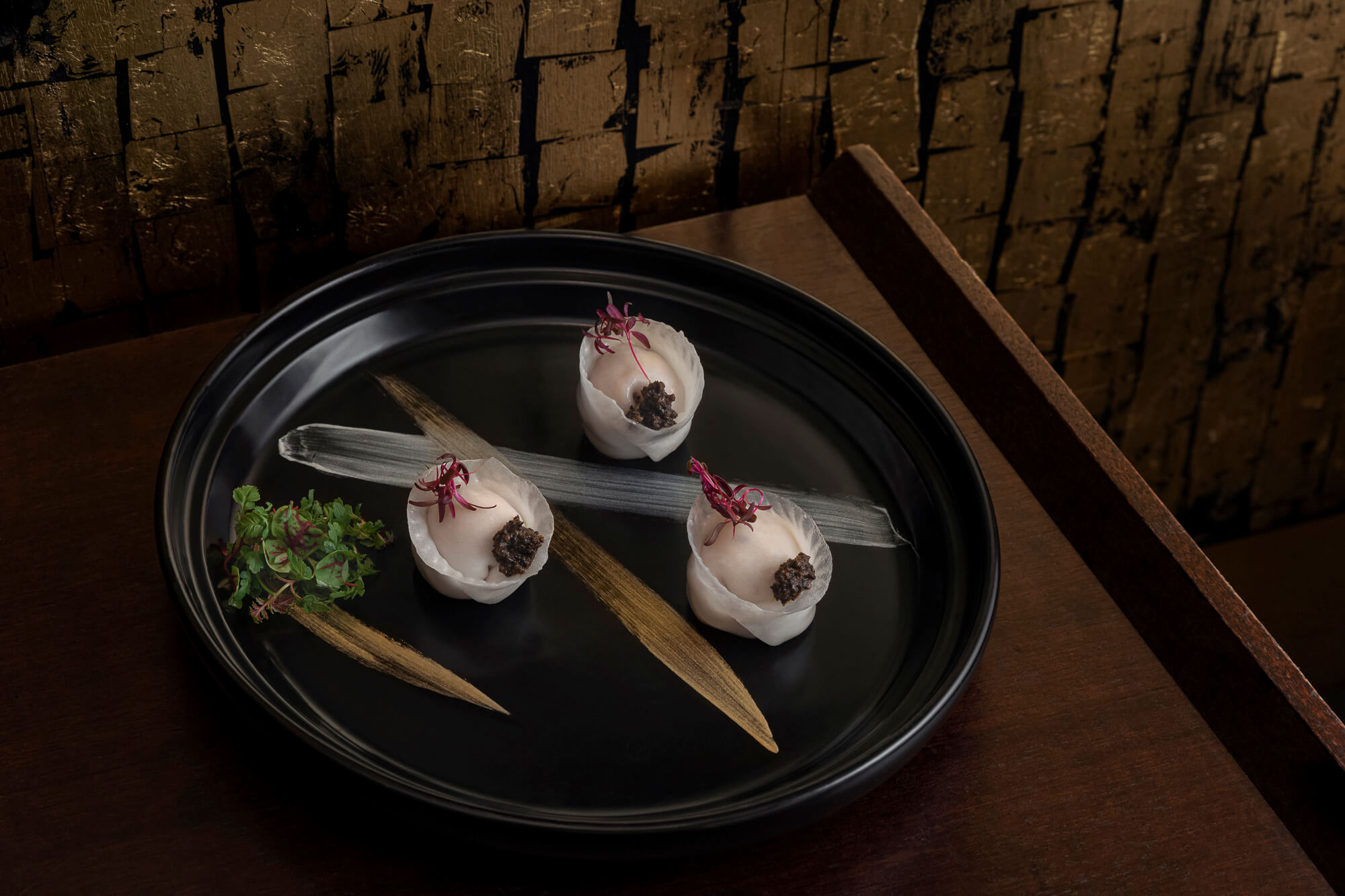 In some instances, the reinvention of dim sum goes beyond just ingredients and menu items. Or at least that’s the case at Madame Fan, a glamorous bar and restaurant at the JW Mariott Hotel Singapore South Beach, Singapore from restauranteur Alan Yau of Hakkasan fame. 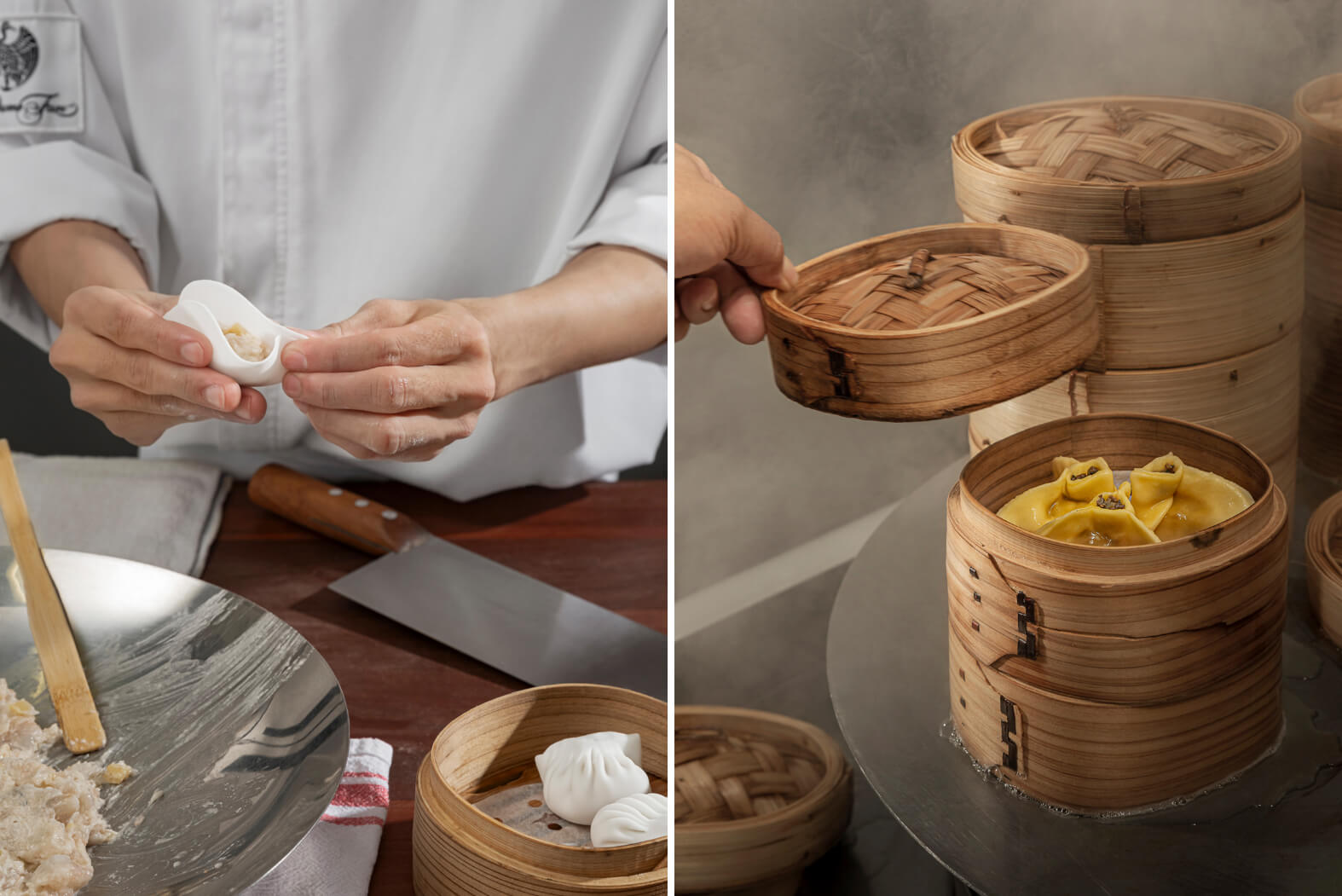 Among the (cooked-to-order) house specialties produced by Tan and his team: Sri Lankan mud crab wontons with chili oil, and truffle dumplings wrapped in a yellow, carrot-dyed dough. Asian-inspired cocktails are another calling card of Madame Fan – not just in terms of being an appropriate drink match for Tan’s contemporary cooking, but also as a fitting visual match.

“These days, the camera eats first so dishes must be presented with that in mind,” says Tan. “Xiaolongbao used to always be white. Now they come multi-coloured and with various fillings. Some of our guests do have preconceived notions about non-traditional Chinese cooking, but there are definitely fans of the new style dim sum we offer. Once you build trust with a customer, they are more likely to be open-minded.”