David Sutcliffe was 22 when he first began fishing for abalone. More than three decades later, he remains passionate about celebrating – and protecting – the ocean.

When Dave Sutcliffe talks about abalone, you listen. For more than 30 years, the veteran abalone diver has been plucking the prized shellfish off reefs all over Western Australia. He’s fished for abalone as far south as Cocklebiddy on the Nullarbor Plain right up to the Mid West resort town of Kalbarri, but today, Sutcliffe is closer to home waters: a patch of Indian Ocean towards Burns Beach to be exact. (The unwritten code of the sea, of course, prohibits us from being too exact when it comes to pinpointing the location of someone’s abalone fishing spot). As far as views from the office go, it’s one of the better workplaces in Western Australia. 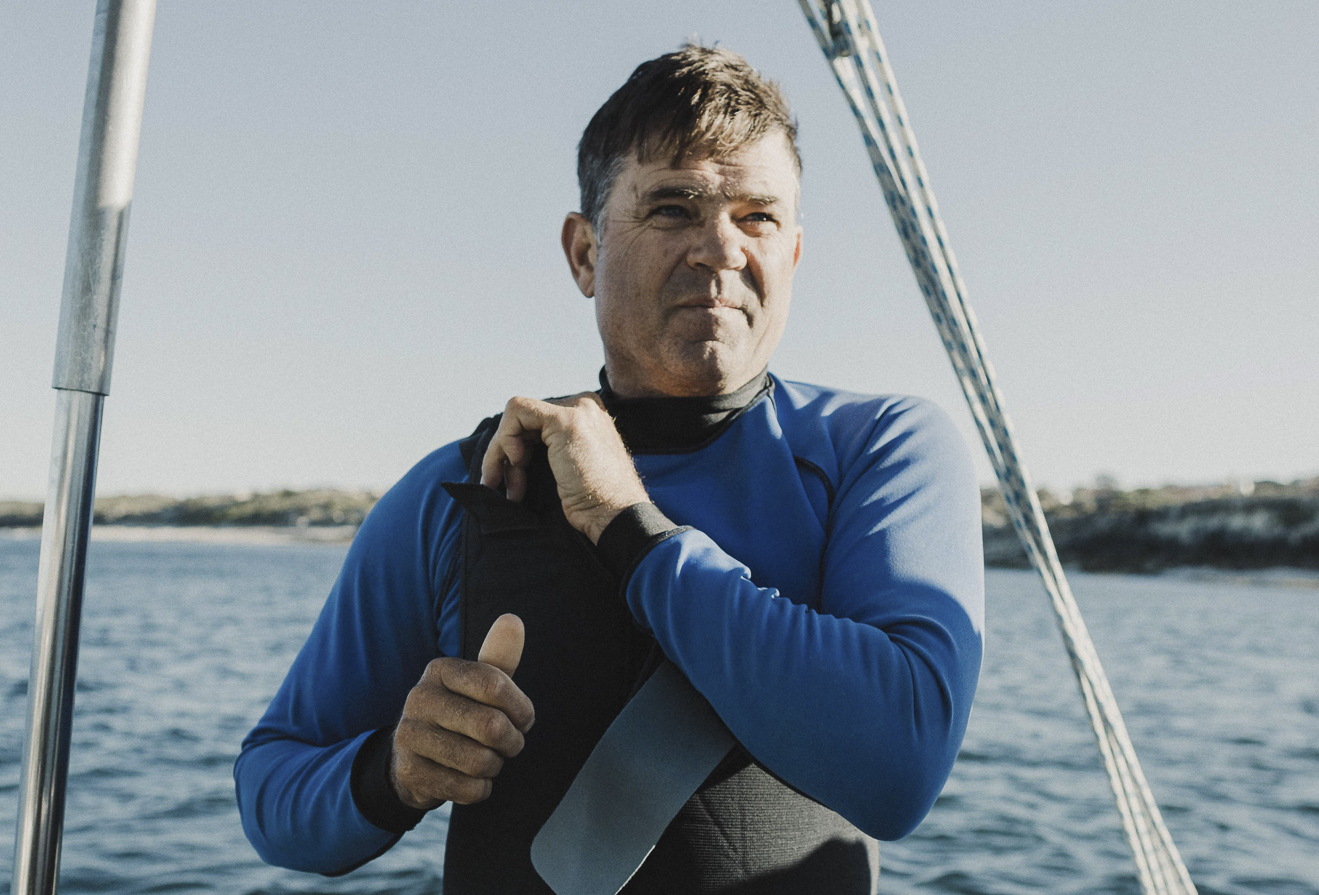 Sutcliffe’s Australian Reef Wild Abalone operation is the definition of small-scale. Once a week, his fiberglass cuddy boat takes off from Ocean Reef Boat Harbour and motors out to his fishing spot. He drops anchor, pulls on his wetsuit and fires up the hookah oxygen system in preparation to go overboard to gather roeis, one of the three abalone varieties that are commercially harvested in Western Australia. (Green lip and brown lip are the other two varieties). On average, he collects 140 kilograms of abalone each week – during Chinese New Year, this figure swells to 240 kilograms – with each week’s catch fished to order to ensure customers receive the freshest abalone. (His prosaic, yet personalised ordering system involves sending text messages to customers the night before he goes out).

“This is our holding tank out here,” says Sutcliffe waving his arm at the green-blue water around him. Like most fishermen that make their living from the ocean, sustainable thinking informs Sutcliffe’s day-to-day. Jed Gerrard, executive chef of The Ritz-Carlton, Perth’s open-fire restaurant Hearth Restaurant, has been serving Sutcliffe’s abalone since the Hearth opened at the end of 2019. As someone who’s cooked seafood around the world and spent time in New Zealand where he and his brother dived for paua (the Maori word for abalone), Gerrard knows a thing or two about abalone. The abalone he’s getting from Sutcliffe are among the best he’s cooked with, even though roeis don’t carry the same prestige – and price tags – as their better-known and bigger-growing brethren.

“I really rate the roeis,” says Gerrard, a chef with a reputation for seeking out and showcasing lesser-seen West Australian ingredients. “I rate them more than the green lips, to be honest, not just in terms of taste, but also accessibility. You can offer roeis to guests at a more affordable price. Lots of people say it’s the most tender abalone they’ve ever had.” 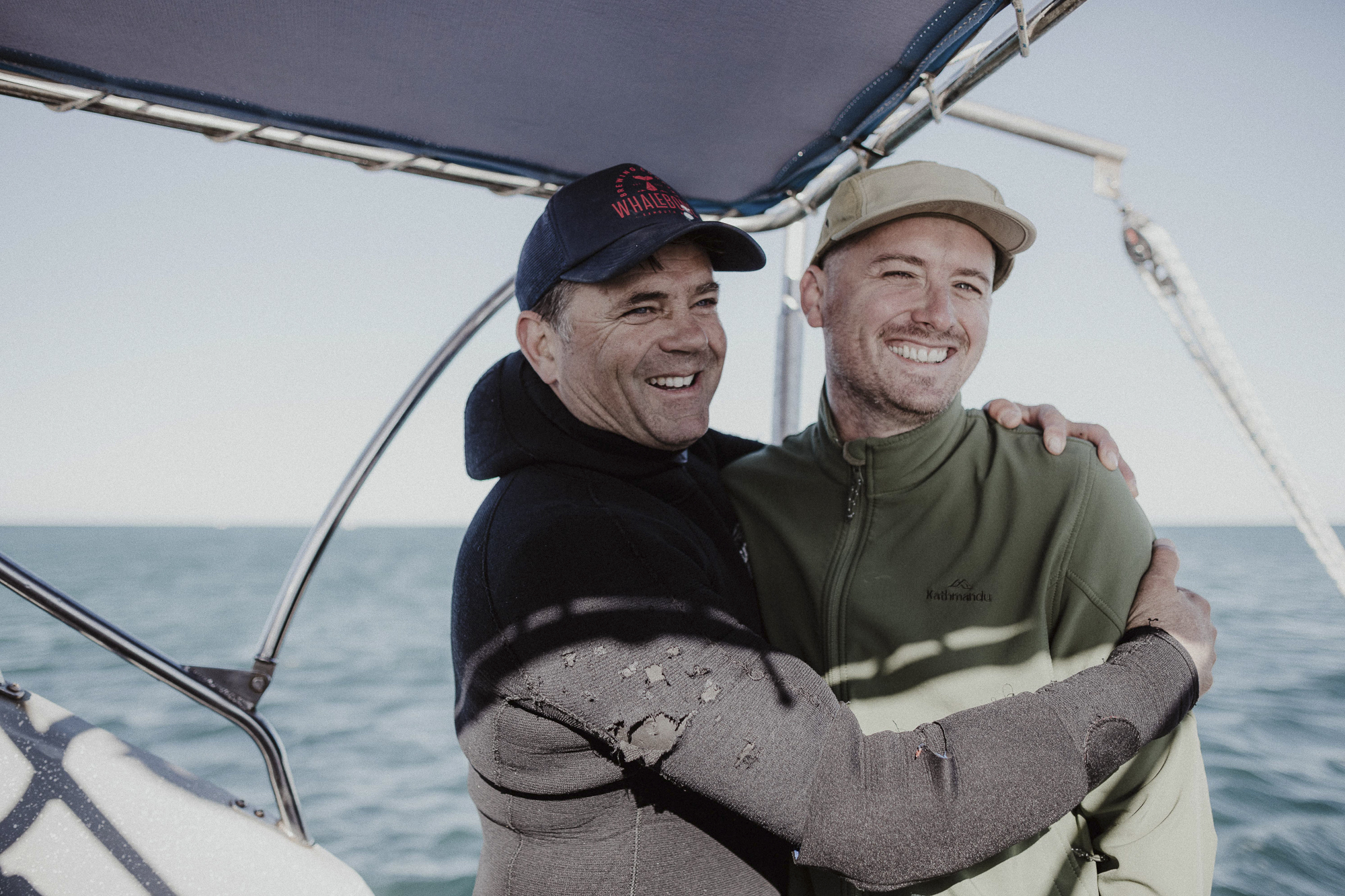 While Hearth’s abalone preparations chime with the restaurant’s fine-dining ideals – at present, the shellfish is grilled over fire and artfully arranged alongside charred cauliflower florets, a brown butter emulsion, confit garlic and herbs – Gerrard believes abalone has a place in domestic kitchens, too. His abalone katsu sando, a fun riff on the popular Japanese pork tonkatsu sandwich, is an excellent introduction to the joys of cooking abalone at home. More than anything, it’s a way for West Australians to be able to enjoy and cook with premium local seafood that’s fished less than half an hour from the CBD.

Like Gerrard, Sutcliffe is a man that takes pride in sharing Western Australia’s bounty with others.

Diners can experience abalone fished by Dave Sutcliffe at Hearth restaurant at The Ritz-Carlton, Perth.