With local wines comprising 90 percent of the wine list at The Ritz-Carlton, Perth, the hotel is the perfect destination to explore Western Australia by glass.

Stephen Hollow has an eye for detail. From the box of silk pocket squares he has at home to the old-school Collins Kingsgrove diary Hollow carries under his arm, the assistant food and beverage manager at The Ritz-Carlton, Perth is a man of great taste. 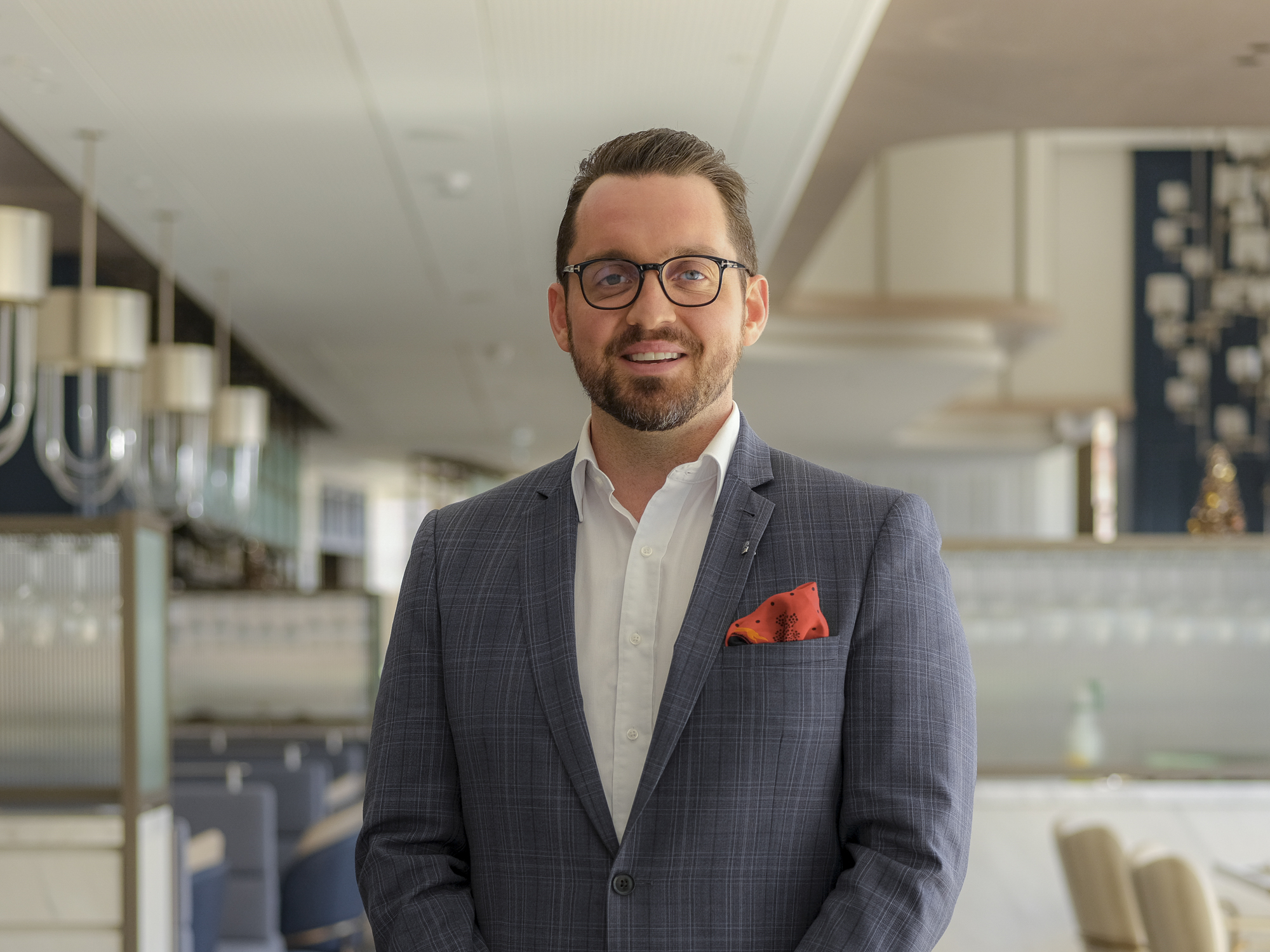 It’s no surprise, then, that the wine program which Hollow oversees includes many of Western Australia’s finest wines including Diana Madeline cabernet sauvignon from Cullen, pinot noir from Picardy, and Leeuwin Estate Art Series chardonnay (poured by the glass, no less). As well as these superstars, the list also includes lesser-seen grape varieties such as petit manseng, an old French variety made new again for Margaret River’s coastal lifestyle; and cabernet franc, a red grape that produces prettier, more perfumed wines than its better-known relative, cab sav. Hollow says many diners – even locals – are surprised to discover the diversity of West Australian wine. For him, introducing people to something unexpected and delicious is his favourite part of the job.

“We have all the big Burgundies and French powerhouses of course,” says Hollow who is in charge of the wine lists at Hearth Restaurant and Hearth Lounge as well as the hotel’s in-room selections. “But it’s the little people making wine in their backyard shed that’s the story for us.”

Admittedly, it’s a big backyard. With the exception of the Swan Valley which is half an hour from the CBD by car, the majority of Western Australia’s 10,800 hectares of vineyard are concentrated largely in the state’s southwest. Although Margaret River is the state’s flagship region, good drinking can also be found in the Southern Forests, Geographe and Great Southern regions: all areas with their own personalities and strengths. “Western Australia is interesting because we have many different climatic systems and terroirs [a French word meaning growing environment] across the state,” he says. “We’ve got so much wine to play with. The difference between a cabernet from Frankland River [in the Great Southern] and Margaret River, for example. They’re actually so far apart and offer so much diversity in style.”

In addition to offering guests a snapshot of West Australian wine, the wine list’s other major role is to complement the seasonal dishes served at Hearth. On the plate, executive chef Jed Gerrard is as parochial as Hollow and searches near and far for distinctly West Australian ingredients such as wild-caught scallop from the Abrolhos Islands and herbs such as river mint and native thyme. Hollows doesn’t just think about this pairing from a taste perspective, but from a regional one too and brings together wine and ingredients from the same area: think farmed ocean trout from Pemberton matched to a chardonnay grown only two kilometres away. Hollow calls this approach “hyper-regionality”.

“There is a sense of place across this whole hotel,” says Hollow. “With Jed’s food concept, we've got a responsibility to really champion our local produce and people. That was always our mentality with the wine, as well.” 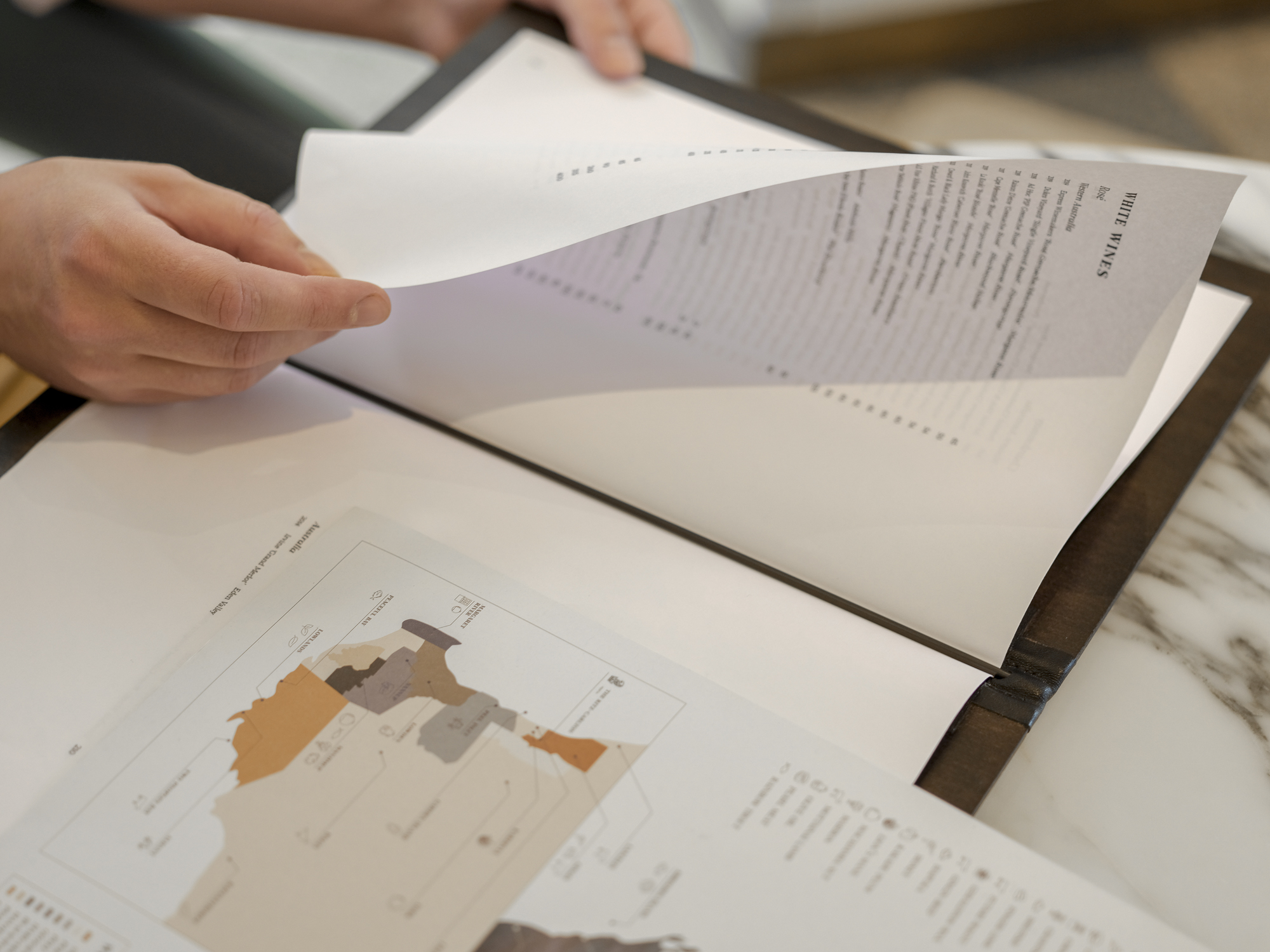 To help guests visualise what comes from where, a map on the back of the Hearth menu pinpoints both the state’s wine regions and sources for the kitchen’s various ingredients. It’s a helpful visual cue, but for Hollow, doing rather than seeing is the best way to learn.

Looking forward, Hollow and The Ritz-Carlton, Perth team want to create guest experiences that amplify this existing sense of place. Surrounded by the Swan River and only a stone’s throw from Kings Park, the hotel is ideally positioned to give visitors a lasting impression of Western Australia.

“We’re looking at things we can do outside the hotel and how we can take people into nature, out into King’s Park, or onto a boat on the river,” says Hollow. “Western Australian food and wine will always be evolving, so we have to evolve with it.”