In common with all great mixologists, Mario la Pietra is impeccably dressed, a great conversationalist - and someone who has worked in all manner of bars over the years, in countries around the globe - experience which has made him one of Hong Kong's most respected masters in crafting drinks.

While at hotel and culinary school in Termoli on Italy's Adriatic coast, his father wanted him to be a chef, but Mario was more set on bar service. His first job was in a pizzeria, then he crafted drinks in a nightclub, an American style bar, classic cocktail bars, then finally a 5-star hotel. His first move abroad came in 2006 to London, a city he was to come to love and where he worked in some of the city's most iconic watering holes. The Bassoon Bar, the Playboy Club under the legendary Salvatore Calabrese, then to his first Marriott property, Marriott Grosvenor Square where he helmed The Luggage Room, one of the first small speakeasy bars in the British capital, known as 'Mayfair's best kept secret'. 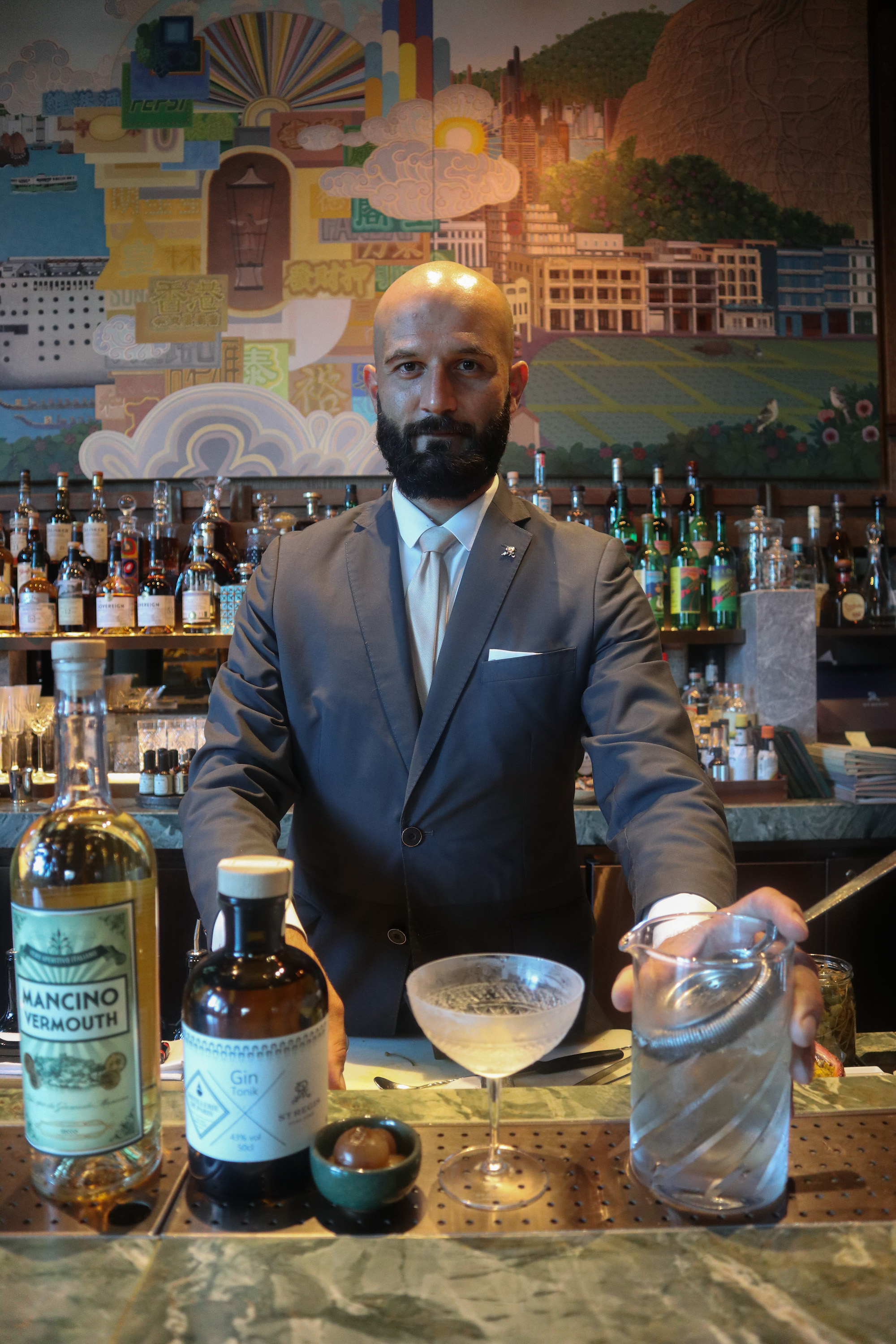 In addition to regular visits to Moscow for bar pop-ups, as well as a month in Brazil, there followed a stint at Maison Moschino in Milan. Next came a move down under, working in Melbourne, Adelaide but most of all four years in Sydney, another of the world's greatest bar cities: "I worked at Palmer & Co, a Prohibition-style bar hidden down an alleyway and Charlie Parker's, an intimate cocktail bar in Paddington."

Finally, after he took part in the World's 50 Best Bars in London and Berlin, Hong Kong became his last stop as he took the reins at the St. Regis Bar, a spot loved by those seeking perfect drinks in elegant surrounds. Having swiftly settled in, he has begun to craft his own creations: "I love clarified milk punches, they're the most fun, while I also like to play with leftovers, in-house fermentation, fruit wine, bottle fermented, mead - versatile homemade ingredients. I'm always in for a Negroni or a Martini." Inspiration for drinks and ingredients can come from all quarters, especially in such a diverse city as Hong Kong:

"Sometimes it can be a walk in a park, botanical garden, or in the market. I try to be focused more on the ingredient that helps enhance the storytelling. I don't have a set creative process!" The Bridge to Mexico As far as his day-to-day at St. Regis bar goes, he explains: "Most of the time I spend on the floor, on operations - weekends are behind the bar. The approach to my menu is simple and classical - not anything too complicated. Our menu tells of a tale between the two cities – Hong Kong and New York, paying tribute to the first St. Regis hotel. In the same year that the first St. Regis hotel was built, 1904 was also when tramlines were established in Hong Kong and subway in New York. Each bespoke cocktail on the menu is inspired by the destinations of the Hong Kong tramline and New York subway lines. And for me, our range of glassware are also another additional storytelling element for our guests. The glasses are all custom designed for specific cocktails with a distinctive diamond pattern, a tribute for Mrs Caroline Astor, mother of our founder John Jacob Astor, for her love of diamonds. The glasses are all crystal hand blown, created by Cristal de Paris and work as a beautiful garnish. Nothing too gimmicky, the most important element is the essence of the cocktail." 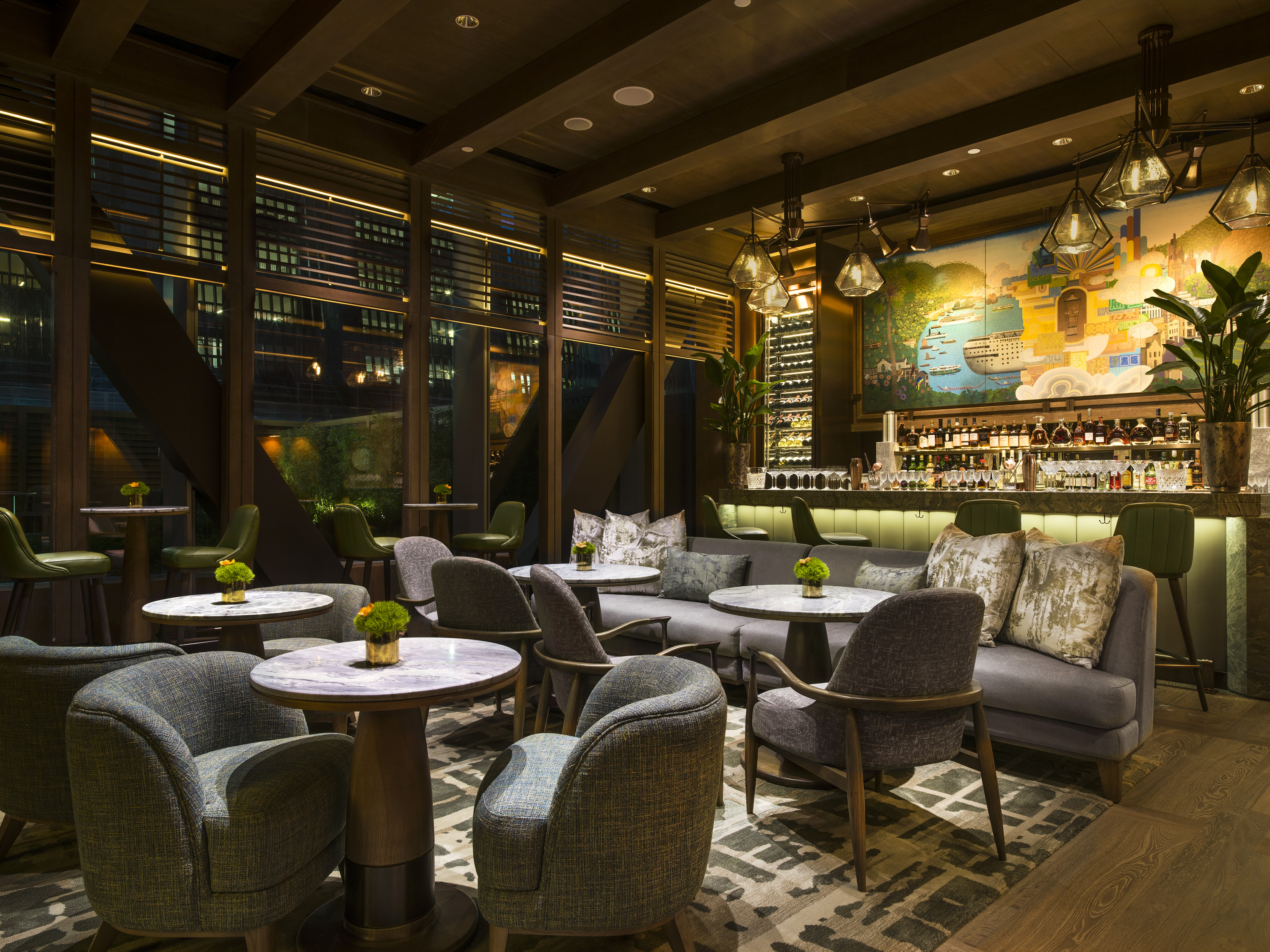 As to the critical question, one asked of more mixologists than any other, he reveals his own drink of choice, once he is off duty: "A 50-50 gin martini, vermouth, olive lemon, one drop of orange bitters - easy as. And I always love a Bloody Mary - you pay respect to the Bloody Mary! The Bloody Mary here at St. Regis bar the first drink I tried, in homage to the original creation at King Cole Bar at St. Regis, New York. Each St. Regis hotel has their own localised Bloody Mary and Canto Mary includes local flavors such as Kowloon soy sauce, Chinese five spices and tangerine peel. At The St. Regis Bar Hong Kong, we also serve this in three different tomato juices – yellow, red and green."

Naturally every bartender also has their own favourite spots for when they're off duty, and Mario is definitely no exception - with a most memorable drink too: