For many diners, French cuisine is all about the butter, the famous ingredient that seems to make everything - indeed, anything - taste even better. Whether whisked into sauces or slathered over warm brioche fresh from the oven, it always adds that delicious je ne sais quoi that diners adore.

Then there are ingredients like cream and foie gras, even before we've reached the world of cheese and chocolate, macarons and rum-soaked desserts. Clearly these fabulous creations make a French fine dining experience an extra special treat, but diners know that some menus at L'Envol are also full of equally delicious and memorable culinary creations - just without the same levels of decadence.

Olivier Elzer worked for years directly for the French culinary giant Joel Robuchon, someone famed for the decadence of his dishes and legendary mashed potato - with as much butter as potato. Today the beauty of Elzer's cuisine reflects a man for whom fitness is a critical part of life, someone who works out for an hour in the gym - twice a day.

In a fascinating insight on how a chef works in relation with his guests, how a chef reads the room, the diner and tailor-makes dishes to suit them, Elzer explains that:

"I have a customer who has come here 175 times and I'm proud to say that every time he has eaten something different. He's as slim as me! When I build a menu for him, I also inspire myself, because I'm talking about balance.  If a diner wants the cheese, the bread, the cream and the butter, you can have it. But if you also want a lighter version, I think we should offer this."

That translates into a number of new dishes on his menu which still wow the eyes and the palate - but are considerably lighter:

"Tamarillo is a South American fruit, known in Japan as the 'tomato on the tree'. I fell in love with this fruit and use it as the base for a gazpacho (a traditional soup served cold) with basil sorbet from Provence. It's very summery, fresh and chilled. It comes with a toast and thin slices of culatello ham from black pigs." 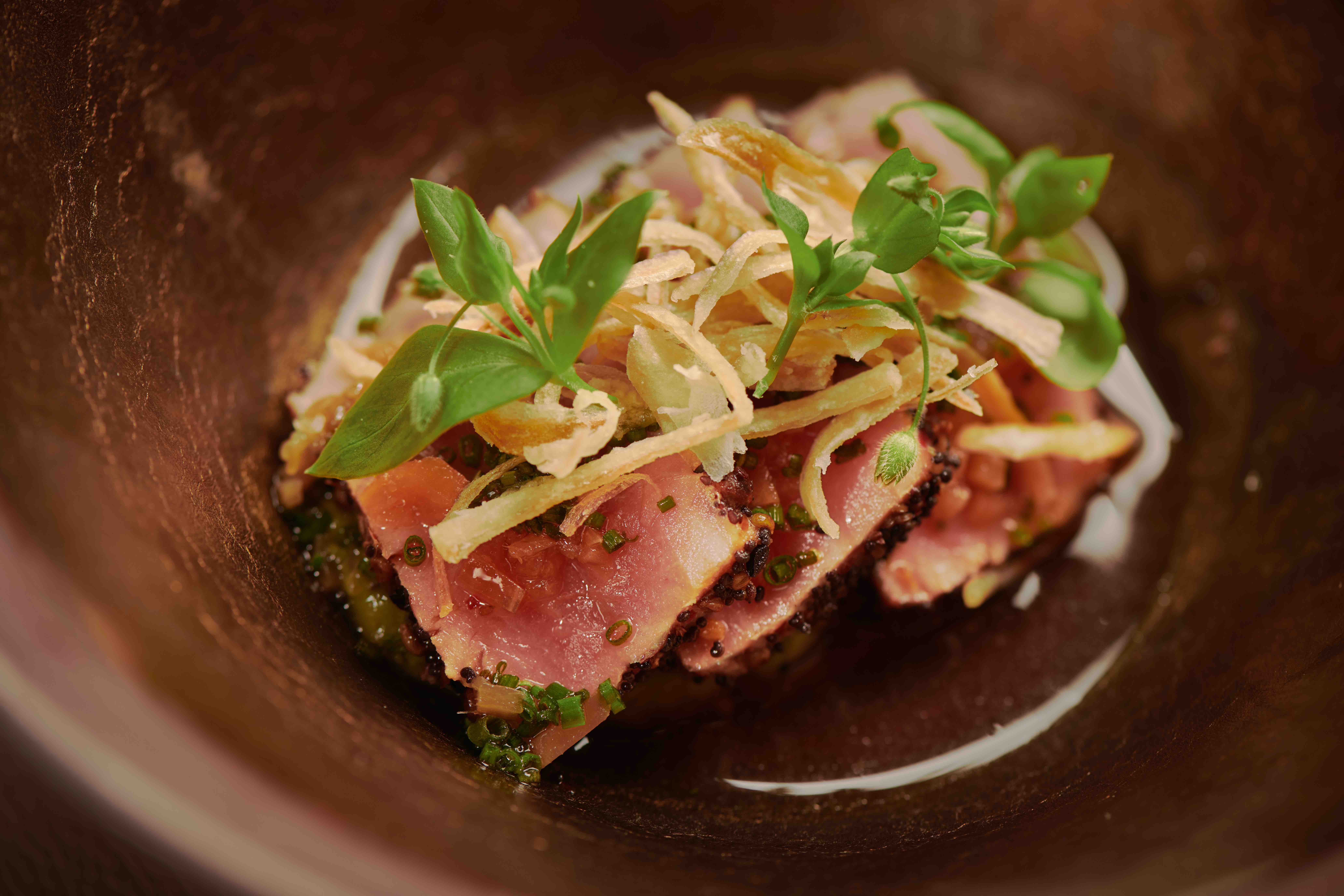 Tuna is another ingredient that is naturally rich in good oils, the perfect base for another delicious creation at the hands of the French maestro:

"It's grilled tuna with five spices, crushed avocado and crispy shallots.  It was inspired by a dish I once did in Burgundy, when I had never been to Asia! We use crushed avocado, coriander, lime, red onion, and a shallot dressing which has more than 30 ingredients inside it, offering real complexity. We had a lot of back and forth with the dressing, it took a few months to do it. It looks very humble, but we recommend taking a spoonful of everything to taste the balance and flavours, it's very light as we use a lean baby tuna."

Staying with seafood, one of Chef Elzer's personal favorite ingredients is next, grilled red prawns known as 'Carabineros':

"They are the king of prawns. Prawn can be flat in terms of flavour, not too strong, but these are almost like a beef prawn - it's very red, has oil coming out, is juicy and tasty, but still light. We serve it with a jelly made from Amontillado sherry, while caviar is there for saltiness. It makes for a very special summery dish."

Naturally one of the biggest draws in a French fine dining restaurant comes with desserts, beautifully crafted by skilled teams of patisserie chefs. Elzer explains that Joel Robuchon would ask his chefs to create new recipes with much lower levels of sugar, up to 30%. 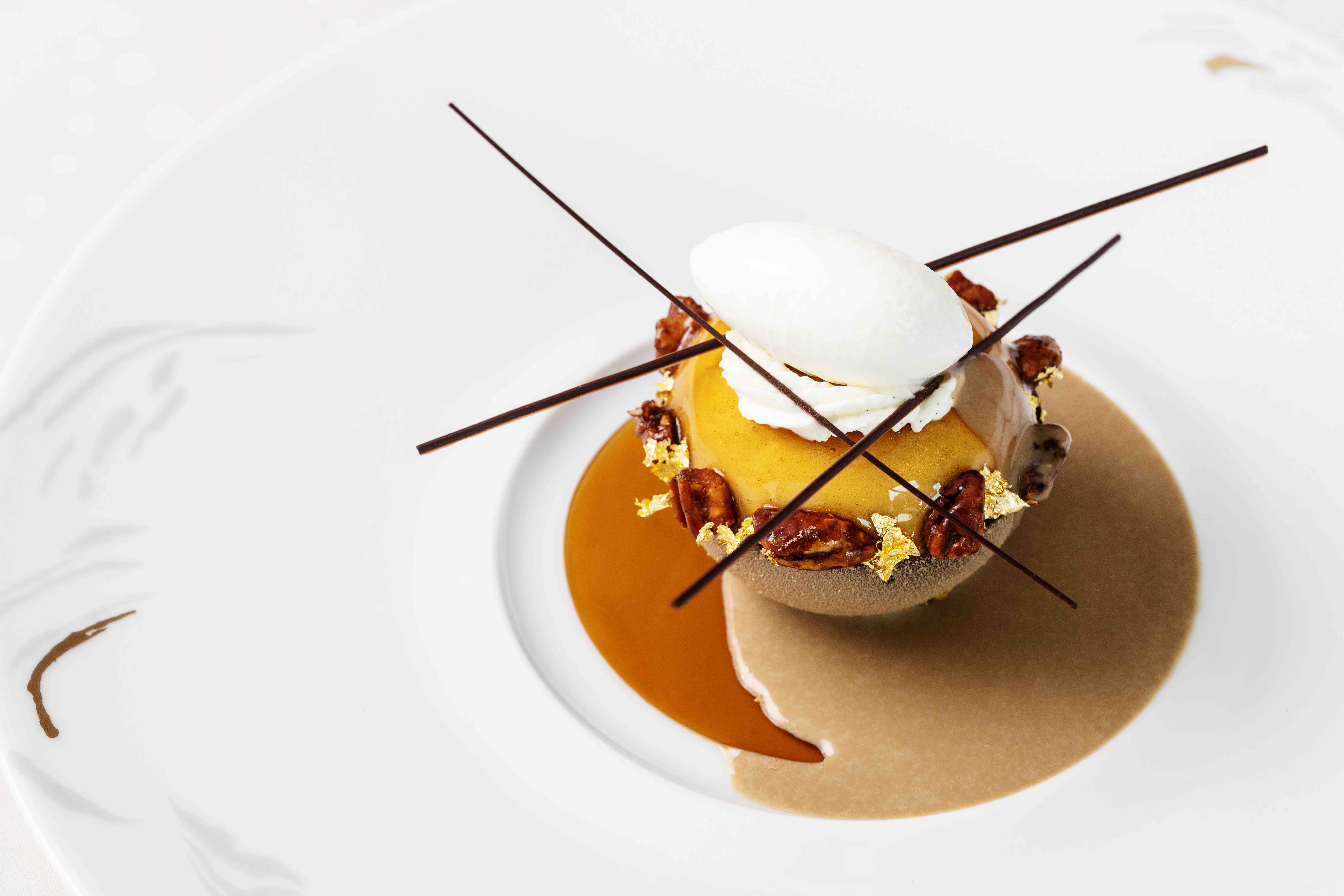 "It was a very interesting challenge and I told my pastry chefs the same thing, that you have to make a gourmet, very tasty dessert, but with less sugar. It's not a long season for wild strawberries, we only get a very small quantity. This dessert features different textures of wild strawberry with rhubarb for a bit of gentle acidity which makes the balance."

'Balance' seems the keyword for Chef Elzer, someone grounded in the finest French cuisine and tradition, but with one eye always on the future, what is next - including how to make stellar dishes that are lighter and better for you.

As he leads a new wave of French culinary excellence in Hong Kong, it's also clear that his thoughtful approach, techniques and dishes are set to influence the industry further afield - including, in all likelihood, back in his native France. 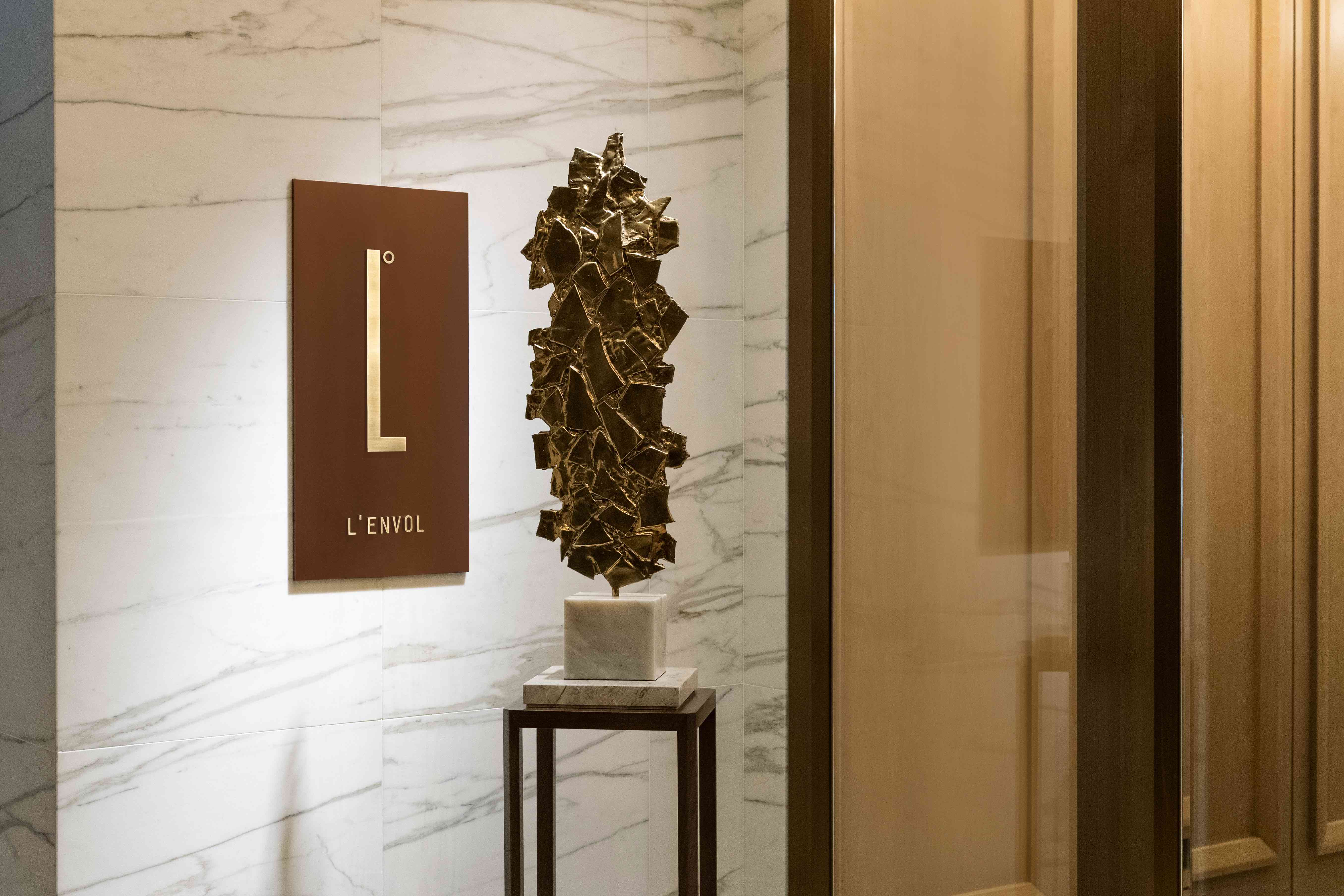