The immense Indian Ocean is a constant source of inspiration at Arwana, which is unsurprising considering it stands just seconds from the water’s edge. With the murmur of softly lapping waves providing a soothing soundtrack and gentle breezes drifting in from the shore, this all-day seafood restaurant is timeless and as relaxed as can be - guests can dine on the terrace or barefoot in the sand. Proudly showcasing the freshest produce caught by local Jimbaran fishermen, the signature grilled seafood platter overflows with jumbo prawns, Bali clams, barramundi and so much more. On Sundays, the Global Explorer Brunch takes voyagers on tantalizing tours of the world’s most delicious cuisines. Chef I Made Putra has been with The Laguna, a Luxury Collection Resort & Spa, Nusa Dua, Bali for almost 25 years, beginning his career as Sous Chef and has led the culinary team of the resort to the very highest level among star-rated resorts in Bali. He manages two restaurants, in-room dining and banquet meeting facilities which can accommodate up to 600 persons.
Chef I Made Putra also participates actively as the President of the elite Chef Association in Bali, Bali Culinary Professionals (BCP) Association, from June 2008 after a successful term as Vice President. In his role he is Indonesia's representative to an elite audience of food connoisseurs. With his vast experience, he helps to reach BCP goals to develop the culinary industry in Indonesia and support locally trained chefs. This includes supporting our representatives competing in international competitions such as Asian Pastry Cup, the MLA Black Box and the Bocuse d'Or.
Chef I Made Putra has earned a reputation during his prestigious career as an astute planner and trusted leader who enjoys the day-to-day contact he has with staff and colleagues. Among the awards and accolades he has received is the King of Kitchen, South East Asia and Chef of the Year by Hospitality Asia Platinum Awards 2008 - 2010 (HAPA) in Kuala Lumpur, Malaysia.
In 2005, he won the award to be a Super Chef on the Allez Cuisine cooking competition programme on the Indosiar TV station (Indonesian TV station) six times in succession. He has also participated actively in the Salon Culinary Awards since 1994 both as a participant as well as member of the team leaders. 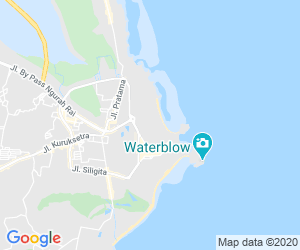