Ignite your appetite at FIRE, our restaurant with tableside meat boards. Choose from 12 savory cuts, including dry-aged ribeye, grain-fed prime beef and kiwami wagyu with a marble score of nine, paired with cocktails reflecting our Bali setting. Born and grew up in Bandung, West Java, chef Rangga Safari began his professional career in England before he moved back to Indonesia and developed his long-time career in Bali.

Rangga was part of the opening team of Dava Restaurant at Ayana Bali (formerly known as The Ritz-Carlton Bali) then continued his career as opening team at W Bali - Seminyak and has developed his personal career since that, and led him to his current position as an Assistant Director of Cuisine.

Rangga has been cooking professionally for more than 18 years and worked alongside with many International and awarded guest chefs, that has influenced his cooking style to be simpler, refine and sustainable without losing the authenticity of the dish. 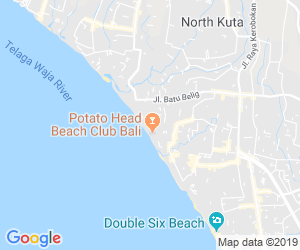