In its first location outside Switzerland, IGNIV by Andreas Caminada has spread its wings & landed to create a new nest at The St. Regis Bangkok. Imagined by Andreas Caminada, the Swiss founding chef of IGNIV and head chef of the internationally acclaimed 3-Michelin-starred restaurant Schloss Schauenstein in Switzerland, IGNIV is all about a unique fine dining sharing experience, where exquisite lunch and dinner experience are composed with the connoisseur in mind and crafted with fresh, seasonal ingredients, bearing the whimsical signature of its creator, led by head chef David Hartwig, along with his sous chef & pastry chef Arne Riehn. Savour in a 4-course lunch or dinner sharing experience featuring a selection of handcrafted dishes plus welcome snack, fresh baked bread and Candy Store indulgences. The unique sharing experience concept at IGNIV Bangkok offers guests a culinary experience where one can connect not just with the food but with each other. Menus are seasonal and light, prepared with traditional cooking techniques elevated to modern perfection. German-born Chef Arne Riehn was personally selected by IGNIV founder Andreas Caminada as Sous Chef and Pastry Chef for IGNIV Bangkok. In his dual role, Chef Arne assists in all aspects of planning and managing the kitchen, and is in charge of the signature IGNIV Candy Store. Chef Arne joins IGNIV Bangkok from Andreas Caminada's team in Fürstenau, Switzerland, where he was responsible for the organic wood-fired stone oven bakery and its fine selection of handcrafted artisan breads. Being a professionally trained baker and confectioner, Arne has gained wide experiences as pastry chef in acclaimed restaurants - including 3-Michelin-starred Vendôme in Germany. In 2018, he was chosen as the first Uccelin Scholar by Fundaziun Uccelin, a foundation initiated by Andreas Caminada which fosters promising chefs and service talents with individually composed training units at the world's best restaurants.

In charge of managing and overseeing the entire restaurant operation as Restaurant Manager is Thai-born Regina D'Souza, known to her friends and colleagues as "Gina". The F&B professional joins IGNIV Bangkok from The Workshop 211, a community she founded in 2019 to provide workshops and promote an organic food and drinks lifestyle. Before that, Gina was with Etihad Airways, where she led the business class team as In-flight F&B Manager.

Gina brings with her 20 years of F&B experience, of which over half were in hotels in the Maldives and across Thailand, including in Bangkok, Phuket, Koh Samui, Pattaya, and Chiang Rai. Her passion and positivity have seen her chosen to join several pre- and opening teams, including at The St. Regis Bangkok from 2010 - 2011. 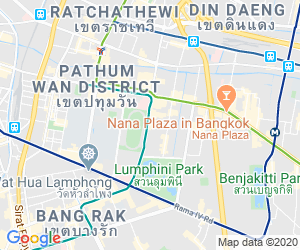