Chime is the exciting new lobby bar that offers a range of alcoholic and non-alcoholic beverages, an extensive list of wines & martinis prepared with homemade infusions and delightful snacks. Chime aspires to reflect a unique vibe that creates an ambience that is repose but at the same time exotic and stimulating. The design is cool, eclectic and moody with the use of stone, wood and creative lighting. Chime is the perfect place to meet friends and business clients alike.

Jatinder Pal Singh is the Executive Chef at Sheraton Grand Bengaluru Whitefield Hotel and Convention Center. He is a quintessential culinary personality with a wealth of experience of over a decade. Jatinder Pal Singh is not only known for his culinary skills, but he also exercises his knowledge and expertise in team management, decision-making and innovation. In his responsibility as the Executive Chef, he will supervise the daily operations of the kitchen, design menus, develop new recipes and train the culinary team at the hotel. Hailing from the northern part of India, Jatinder Pal Singh blends in the distinct flavours in the masterpieces he creates. In the past, he was responsible for renovating all restaurants according to brand guideline system, which led to an increase in the outlets’ popularity and revenues. The fascination of cooking took him on his journey through major cities to work alongside many high profile chefs across the world. In his several years of experience, he has pioneered numerous culinary concepts. Prior to joining Sheraton Grand Bengaluru Whitefield Hotel and Convention Center, Jaitinder Pal Singh was the Complex Executive Chef at The Westin Chennai & Le Meridien Kochi Convention Center. In his career, he has been associated with distinguished hotels within the Marriott Group, Taj Residency Ernakulum and The Leela Goa. He has been recognized as: Excom of the year 2019 Hotel Chef of the year 2016-2017 by FHRAI (Federation of hotel Restaurant association of India) Chef of the Year 2016- 2017 by IPR solace – guest ratings. 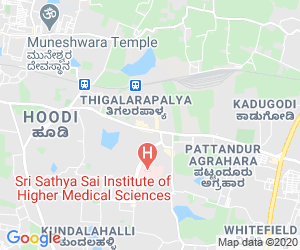