At PASOLA, located at The Ritz-Carlton Jakarta, Pacific Place, local flavors and ingredients combine with cuisines from around the world in one decadent buffet. Here, guests may feast upon pan-Asian fare like Barramundi Dabu-dabu and Sop Buntut as well as international dishes.
Offering a la carte options, signature cocktails and an extensive wine list, this all-day dining restaurant celebrates Jakarta’s cosmopolitan essence. Savor a hidden explosion of flavours from Aceh in PA.SO.LA Jakarta. Taste our rich Chicken Curry, infused with Aceh Gayo Coffee that enhances the curry taste evenmore. Served with caramelised cauliflower and cheese sauce topping, this signature dish will elevate your lunch or dinner to another level.

Looking for a healthier choice of sweet delight? Gluten & Dairy Free Bali Chocolate Tart would be the best option for you. Using Low Glycemic Indonesian Sugar, Artisan Bali Chocolate and Java Raspberries, this special dessert will perfectly end your dining.

Surprise your taste buds with our infused Rujak Sorbet. Try the all-time favorite gelato from PA.SO.LA Restaurant that went from a buffet scoop flavor to a plated dessert. Our chefs transform a local-aromatic Indonesian Mango with spiced Meringue shard and mango sauce.

Made with the sustainable caught local scallops and topped with classic Indonesian sauce in a “salsa style”, our Lombok Scallops is a must try. Savor it with Dabu Dabu, which is presented both in a chunky salsa and emulsified forms. Willmer Colmenares is the Executive Chef at The Ritz-Carlton Jakarta, Pacific Place. In his current role, he oversees the overall culinary department of the Hotel, including the award-winning PA.SO.LA Restaurant & Lounge. He brings years of experience in the culinary industry, including his in-depth expertise in food creation and strong records of accomplishments in F&B business development.

During his career, Chef Willmer had the opportunity of contributing his skill at Michelin-starred restaurants along with the leaders in the industry. He also managed the culinary team for seven properties across Greater China as well as developed creative culinary & restaurant concepts for the prestigious dining establishments, three of which won The Michelin Plate & Black Pearl awards.

In October 2022, he finally made Jakarta his home, becoming the Executive Chef of luxury hotel The Ritz-Carlton Jakarta, Pacific Place. 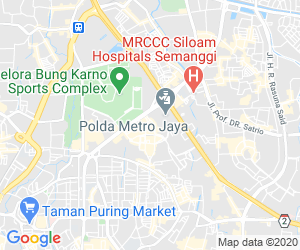