Pair your light bites with specialty drinks at our effervescent Lobby Lounge, a place to relax and unwind with your colleagues and friends after a busy day in the office. Enjoy our wide array of drinks from quality coffee and tea to beer, cocktails and wines from great vineyards. Great for meetings or just chats. Come with your friends and indulge in a grand afternoon tea. Enjoy a selection of finger sandwiches followed by warm scones with clotted cream and jam, assorted French pastries and a choice of fine teas or coffee.

Complete your day with a cup of locally brewed double espresso blended with butterfly peas flower to perfection. Bagus Maulana was born in Jakarta on August 20th 1993. He studied Hotel Management at STP Sahid Jakarta. He started his career as a part time flair bartender in some club around 2011 and then continue to start his career on the hospitality industry on July 26th 2011 – January 28th 2011 as a Trainee FnB Section, and join to Sheraton Grand Jakarta Gandaria City Hotel as a bartender on September 7th 2015’s and until right now as a Bar Supervisor at Lobby Lounge Sheraton Grand Jakarta Gandaria City Hotel. Bagus has been making drinks as a bartender for 7 years and still counting until right now. After being a part timer flair bartender, he continue his bartender career at Sheraton Imperial Kuala Lumpur, Malaysia from October 29th until March 31st 2013 and TGI Fridays from June 6th 2013 – November 12th 2014. His passion to share a happiness with the others was shown by him through his drinks. Bagus has a high enthusiasm into what he’s doing right now, and his high enthusiasm made him never stop learning, beside already graduated from STP Sahid Jaya, he decided to attend some training course and already got several certification such as BARPRO Indonesia Bartender Course of Mixology and Flair, Marriott Asia Pacific Beverage Program and many more. Tenacity press him to study more and more, to learn and improve his skill and his struggle led him to compete with the others bartender and made him won a Silver Medal Dilmah Tea 3rd Mixology in 2016 that was held in Surabaya and in the 2019 he also won a Gold Medal Dilmah Tea 4th mixology challenge that was held in Yogyakarta. 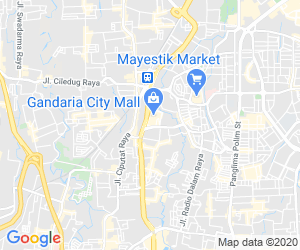