Kubu in Indonesian language means Hut or Shelter, where Balinese farmers keep the rice after harvesting habitually. This tradition inspired Mandapa in designing its signature bamboo restaurant. A tropical breeze and the soothing sound of water set the mood at Kubu which offers an intimate space with 9 private cocoons overlooking the Ayung river for you to enjoy fine Mediterranean-European cuisine in the option of A-la-carte or degustation menus. An extensive list of European wines is also available.

This outlet does not participate in the Marriott Bonvoy loyalty rewards program. Born in East Java, Indonesia, Chef de Cuisine Bayu Retno Timur dreamed to be a chef since he was young. His career began in 2003 at the pastry & bakery section of Kudeta Bali, and was quickly promoted as Commis Chef due to his great performance, but most importantly his sincere love and passion for culinary arts. In 2006, Bayu moved to Bulgari Resort Bali as Demi Chef de Cuisine at Sangkar Restaurant (all-day dining restaurant). His admiration for fine dining had moved him to the resort’s multi award-winning Italian Restaurant “Il Ristorante” until he reached the position of Junior Sous Chef. After 6 years with the Bulgari, Bayu moved to The Mulia Resort, Bali as Senior Sous Chef before his assignment as Chef de Cuisine for Kubu Restaurant at Mandapa, a Ritz-Carlton Reserve, Bali. In September 2017, he was promoted to Executive Sous Chef." 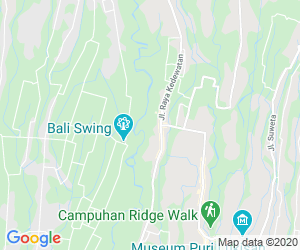