Relax and enjoy the cozy ambience of d’Oracle Coffee Lounge while sipping coffee or tea. Nibble on some cakes or pastries while reading a book, or take a friend with you and share the English Afternoon Tea set. The perfect place to have a light meal or a mouth-watering dessert. A chocolate sponge cake with a rich cherry filling. Moist and full in flavour.

An all-time favourite for cheese lovers. Rich in flavour and worth every bite.

Calling all coffee lovers, a perfect match with a slice of cake. Creativity and determination has always been an earmarks of Chef Zam’s career. Was born in Selangor and obtained his career started as a part timer in pastry kitchen as early as 2003 at Cyberview Lounge. Then, he was Commis I in several hotels such as Putrajaya Marriott Hotel and Renaissance, Kuala Lumpur in between 2004 until 2008. Later on in year 2008, Chef Zam was promoted from Demi Chef to Chef De Parti at One World Hotel, Damansara. To pursue his passion in pastry skill, he joined the competition of Food Festival Malaysia in year 2009 and won a Gold Medal in Pastry Showpiece and become the first Malay Pastry Chef in Malaysia. Always on the hunt for the new challenges, he then represent Grand Millenium, Kuala Lumpur for Culinary WorldCup Competition in year 2014 at Luxembourg under Chef Association Malaysia. In year 2018, he went to Sama Sama Hotel, KLIA and cater over 3000 pax per day throughout 4 days during Moto GP. He subsequently now join Putrajaya Marriott Hotel as Pastry Chef and focusing on modern trend and entertaining guests with sweet delights. 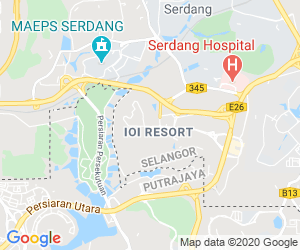